How The Grinch Stole Christmas!

“Every Who, Down in Who-ville, Liked Christmas a lot…But the Grinch, Who lived just north of Who-ville, Did NOT!”

There’s nothing The Grinch hates more than Christmas, no-one knows quite why, but they suspect it could be that his shoes are too tight, or perhaps more likely that his heart is too sizes too small. But whatever the reason the Grinch decides he’s had enough and sets out to steal Christmas, to stop all the noise and merriment that he knows will ensue from down in Who-ville the very next day.

But despite the successful execution of his well thought out plan, despite stealing all of the presents, the food, the decorations, what does he hear when the Who’s wake on Christmas day, its not sad but merry, how could this be?

This is a beautiful hardback / slip case gift edition of a Dr. Seuss classic featuring an intro about the origins and history of the story. A classic Christmas treat! 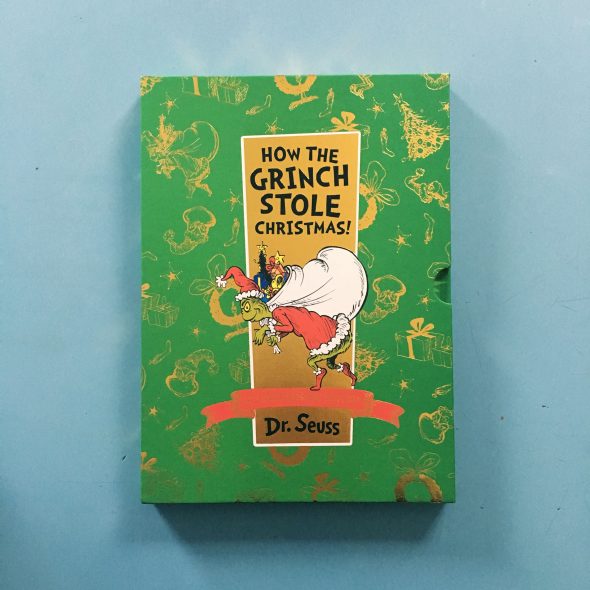 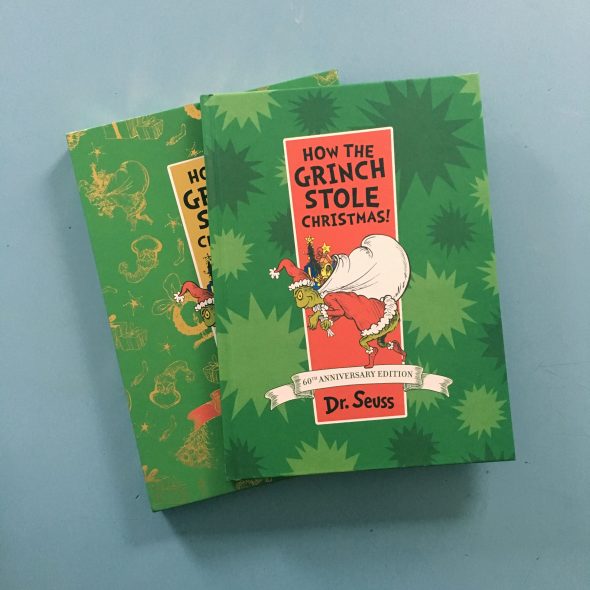 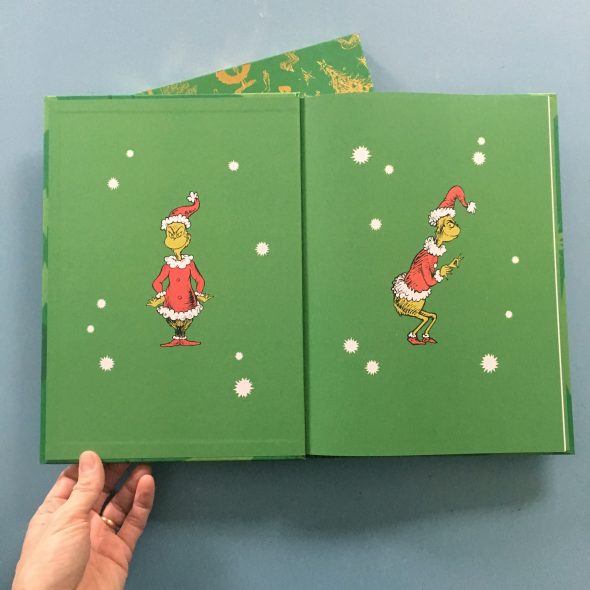 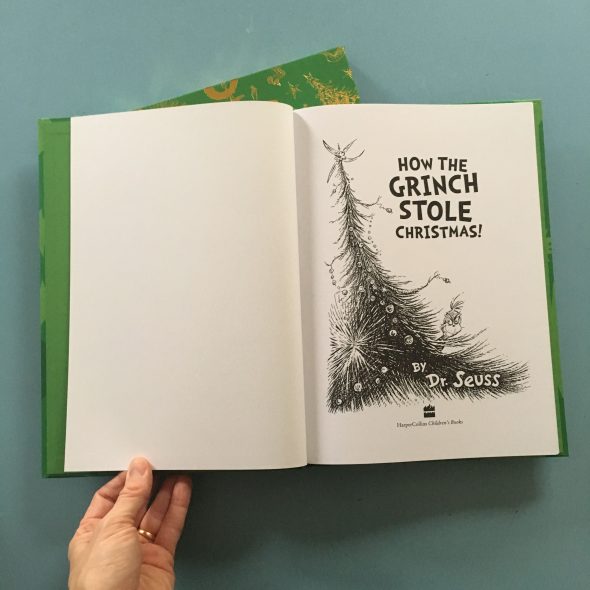 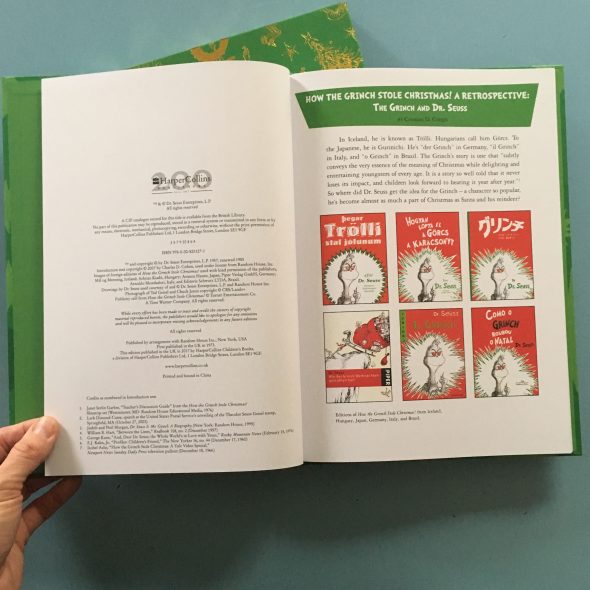 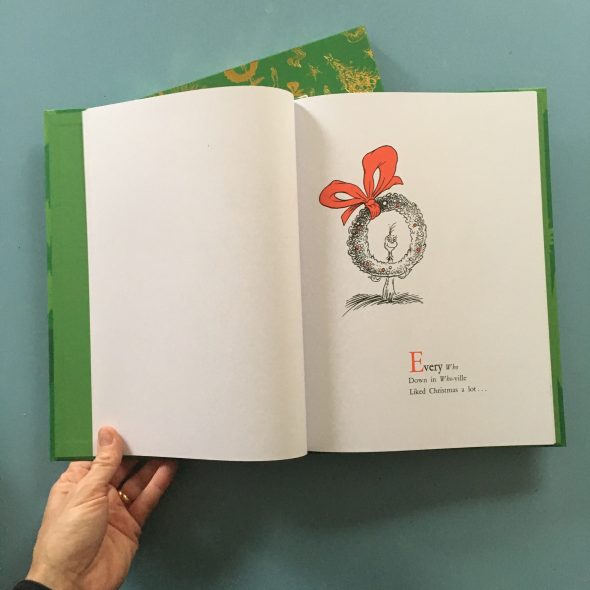 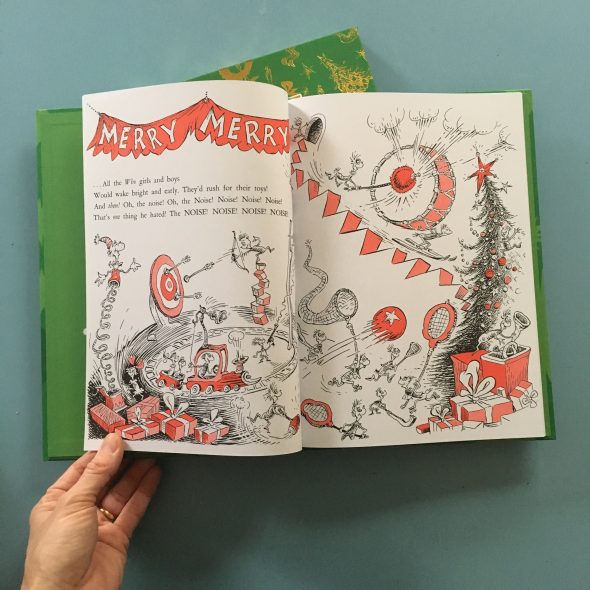 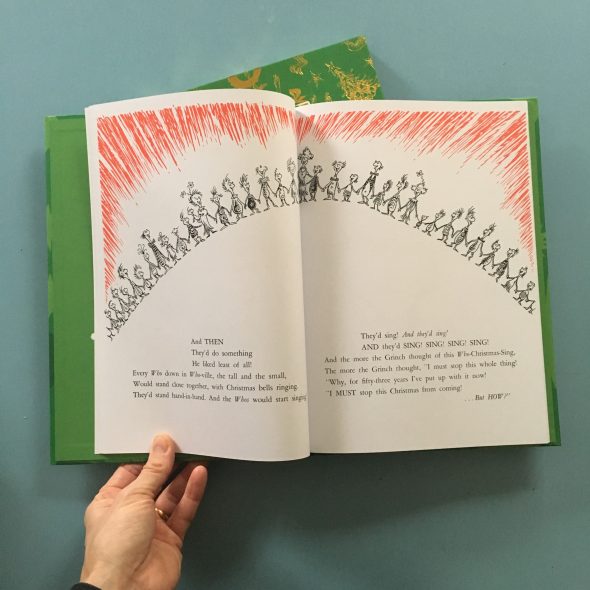 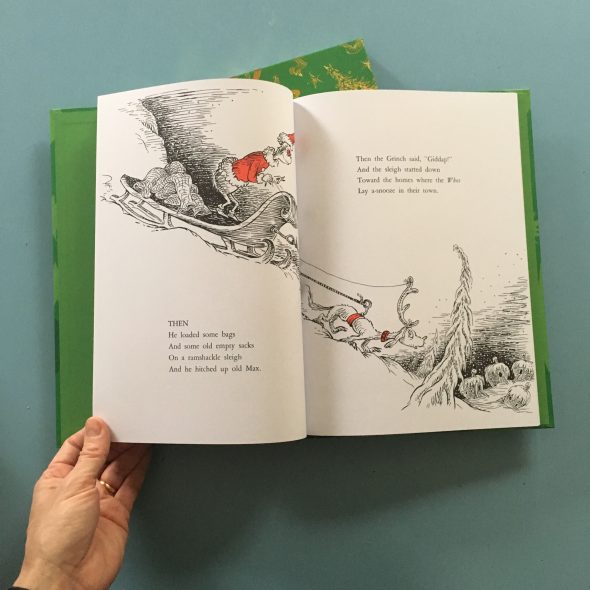 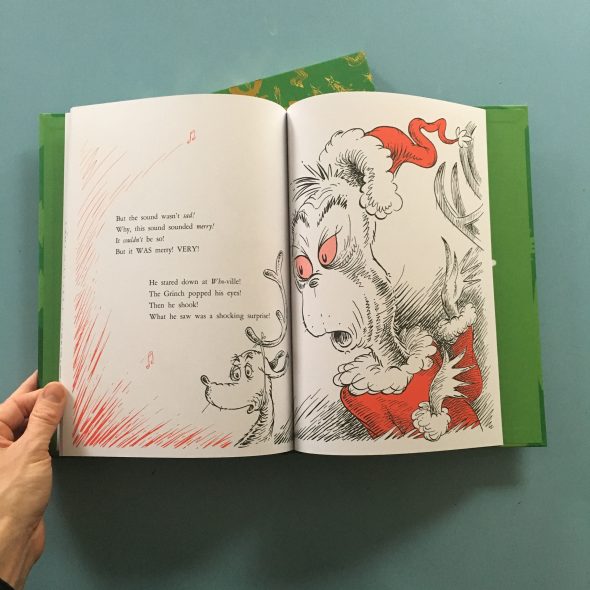 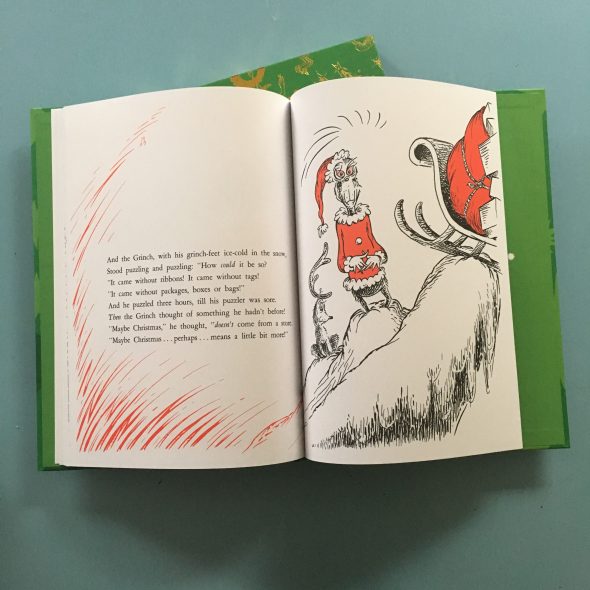