As the Moon Man watches the people on earth dance he wishes he could join them, so he catches a lift on a shooting star. But all does not go to plan as the authorities witness this almighty crash and assume that the earth is being invaded, the soldiers and firemen are soon on the scene of the crash (thankfully along with an ice cream man to provide refreshments for the crowd) The mysterious invader is locked in a jail. Of course he manages to escape and he chances upon a costume party where everyone assumes he has come dressed as the moon, he enjoys himself very much until someone complains of the noise, which alerts the police and the chase ensues once again…

Another of Tomi Ungerer’s bizarre and unpredictable tales, with equally fantastical illustrations to accompany the story, Moon Man is a delightful tale originally published in German in 1966 and thankfully re published in English by Phaidon. 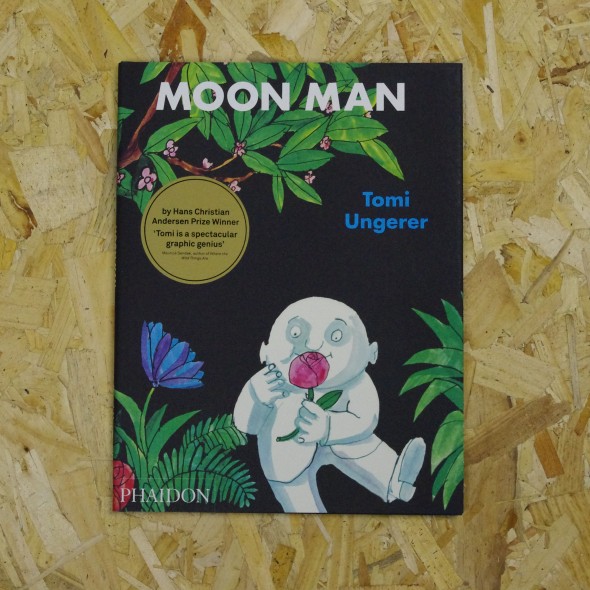 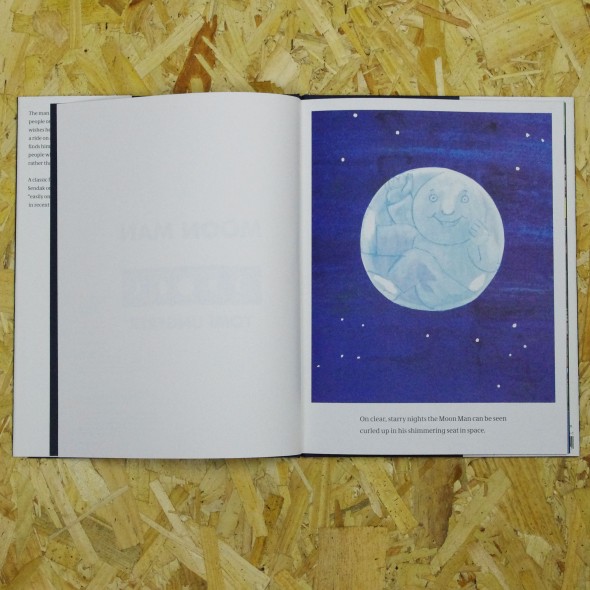 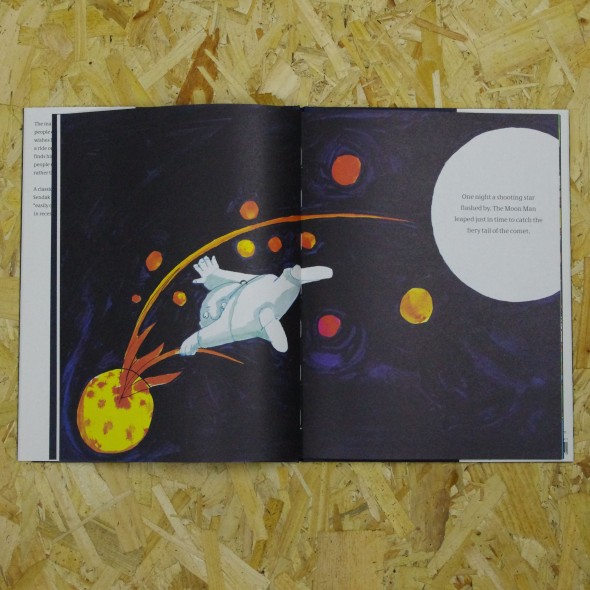 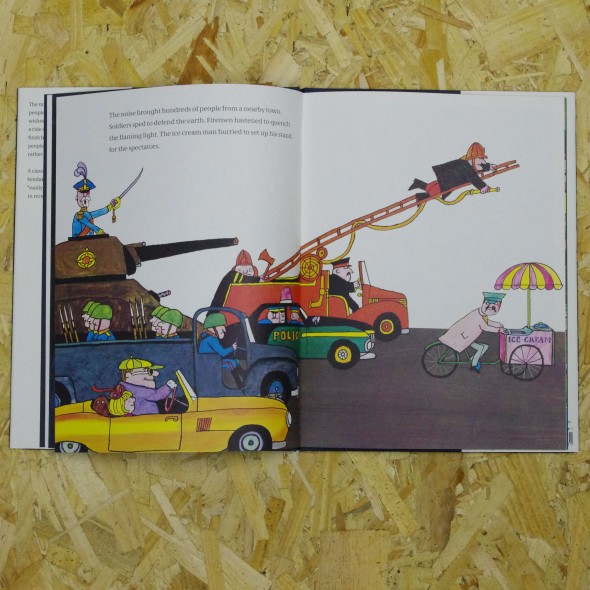 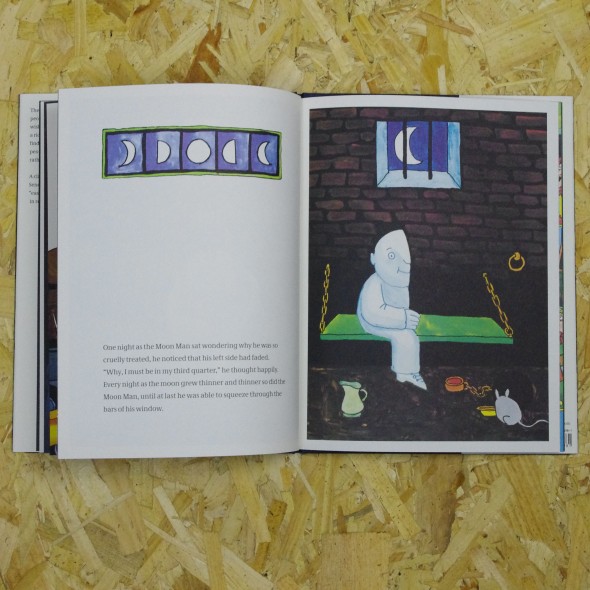 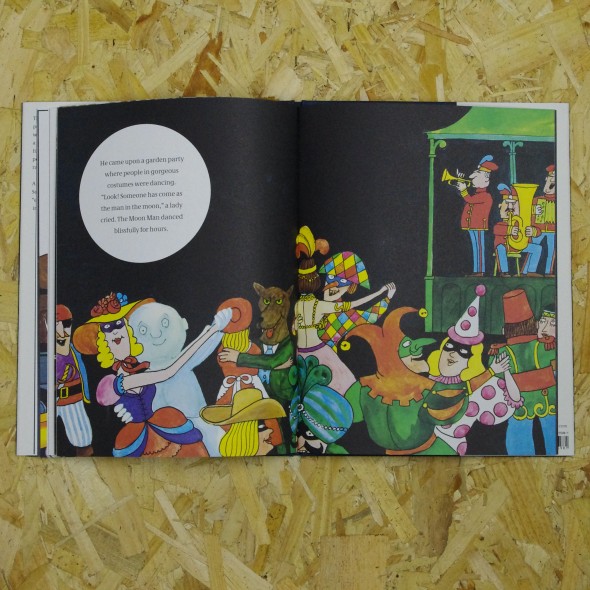 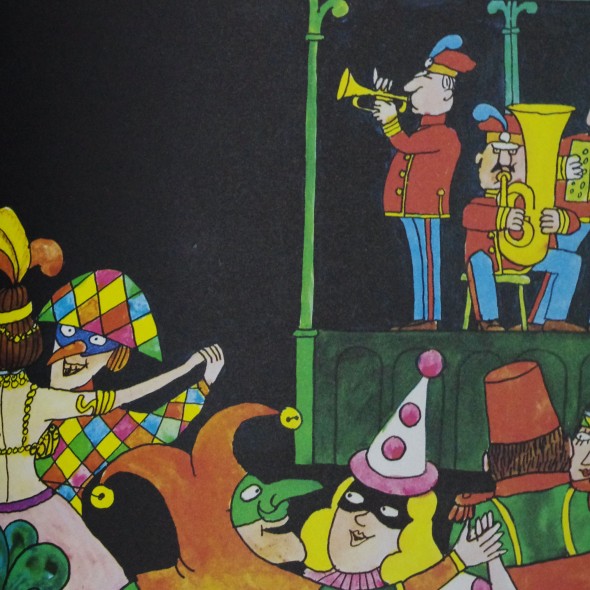 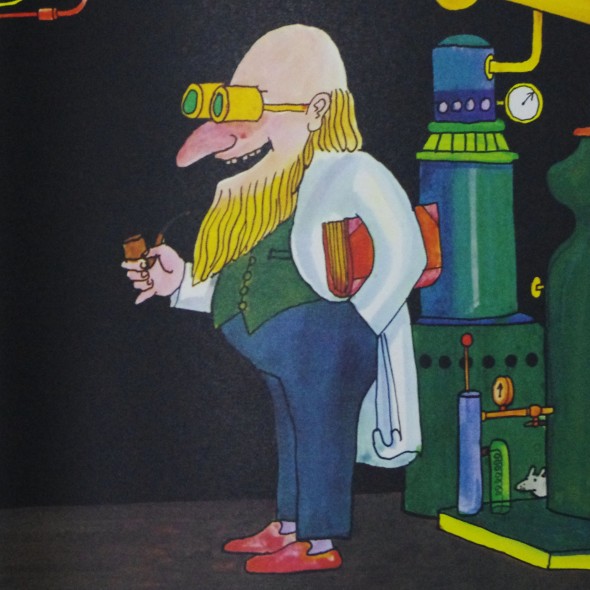