An adventure full of wumpires, green globby people, brightly coloured poinies and dinosaurs..and all because Dad had to get some milk…

Have you ever popped out to the shops to get milk and its taken slightly longer than it should? thats what happened to Dad only he got quizzed by his children when he returned and had to explain exactly what happened including.. a spaceship of green globby aliens who think plastic flamingos are the best thing Earth has to offer, a God called Splod, wumpires, dinosaur galactic police on space bikes; and a time-travelling stegosaurus called Professor Steg.

Do you think they believed him? you’ll have to read the book and judge for yourself. This fantastical adventure by Neil Gaman is a great introduction to his talent as well as that of Chris Riddell who is responsible for all the amazing accompanying illustrations.

“Dad drops into the sea, a pirate picks him up and on that mysterious adventure he meets wumpires and dinosaurs and gods!!! it is very scary and funny, would you like to read it?” review by Molly age 7 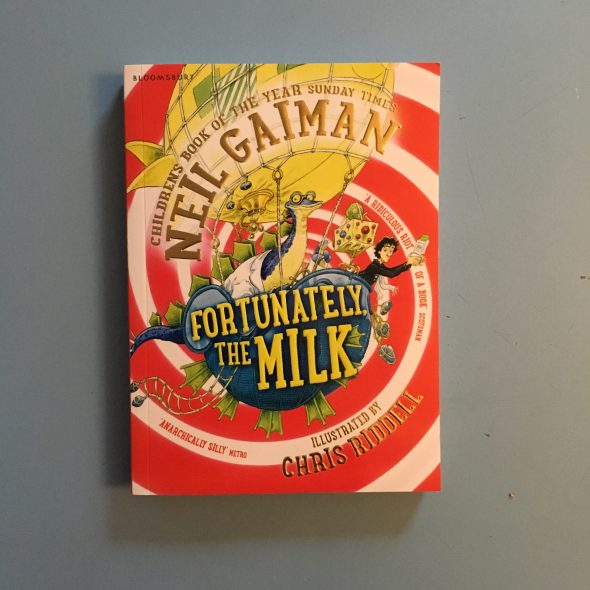 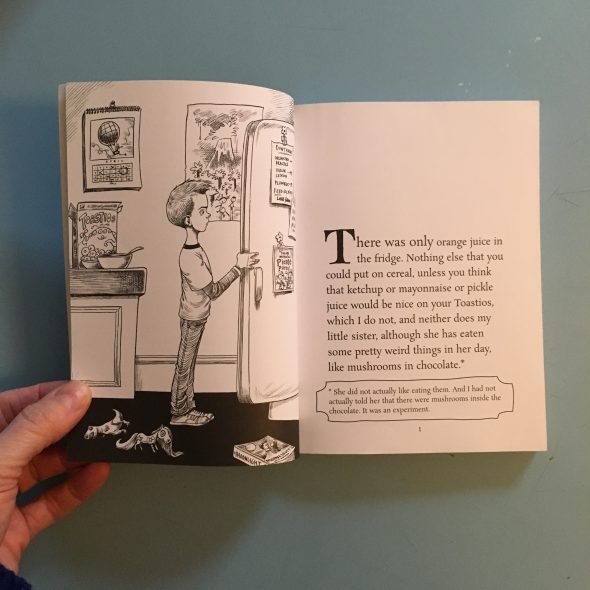 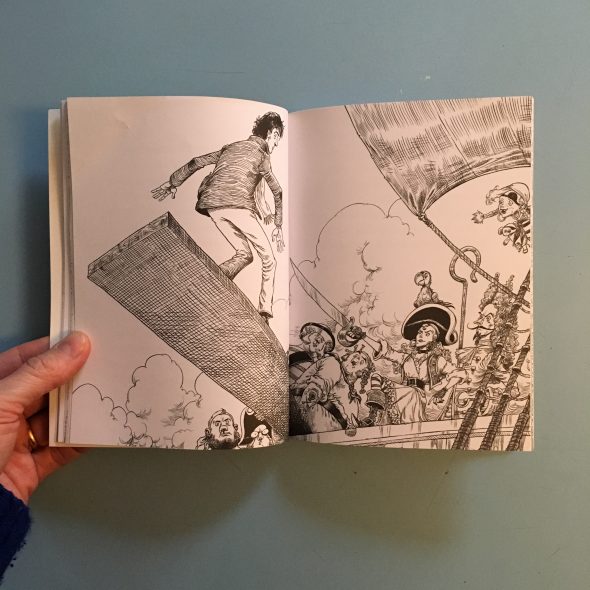 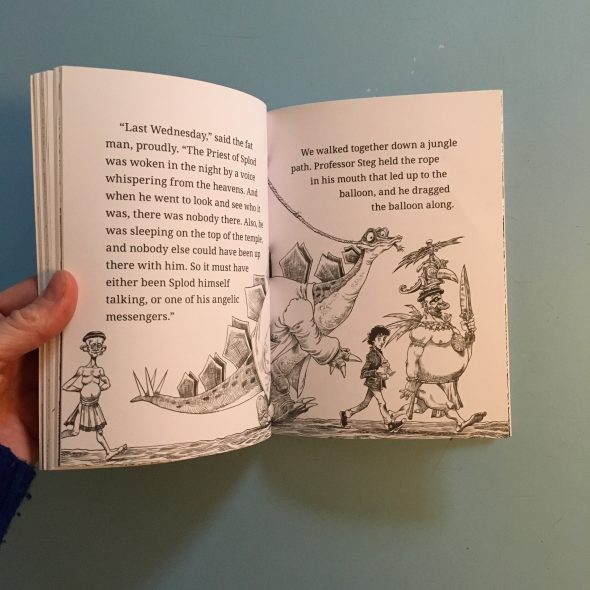 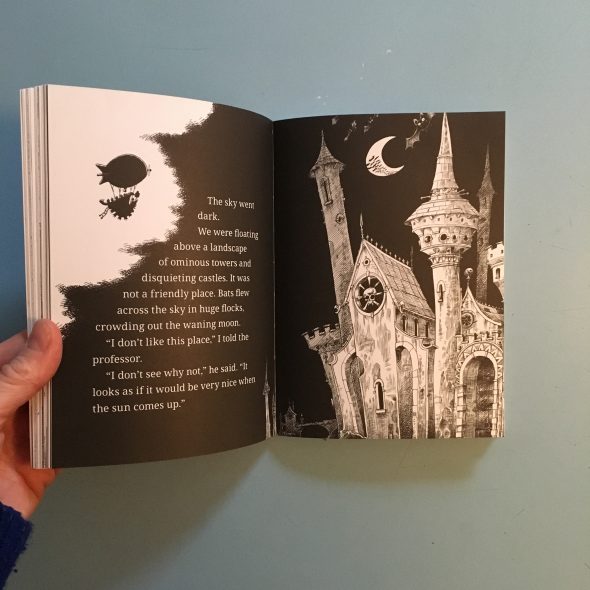