“Embark on a thrilling fourth adventure in the bestselling, prize-winning Adventures on Trains series – Danger at Dead Man’s Pass, from M. G. Leonard and Sam Sedgman”

This thrilling fourth installment in the Adventures on Trains series finds Harrison and his Uncle Nat investigating an ancient family curse high in the German mountains.

Their old friend Baron Wolfgang Essenbach writes to them both concerning the death of a family member, a death that has been shrouded in mystery and raised talk of an old family curse which is said to fall on the sons of the family. The Baron’s wife is fearful for the lives of their sons and, whilst the Baron himself is not one to believe in superstitions, he is worried that somethings not quite right. Who else could he turned to than his trusted friends Hal and his Uncle Nat?

And so the two set off on an undercover mission, but can they uncover the secrets of the Brocken railway and the family curse before disaster strikes?

Due to his disguise Hal has to keep his drawing to a minium but there’s still plenty of opportunity for Elisa Paganelli’s brilliant illustrations to appear throughout! 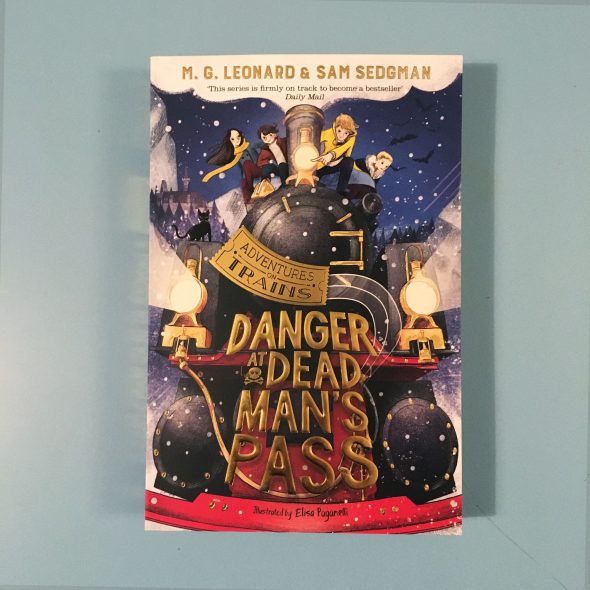 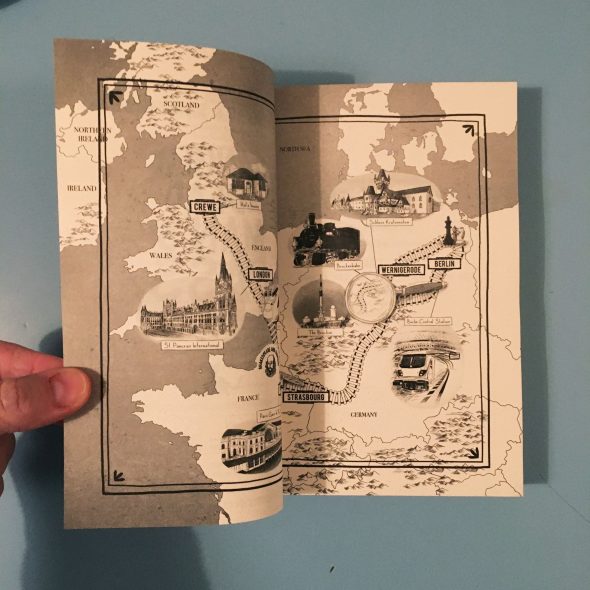 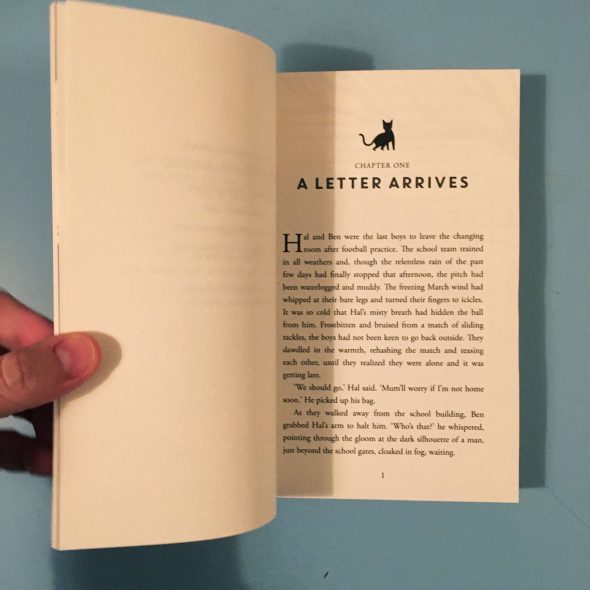 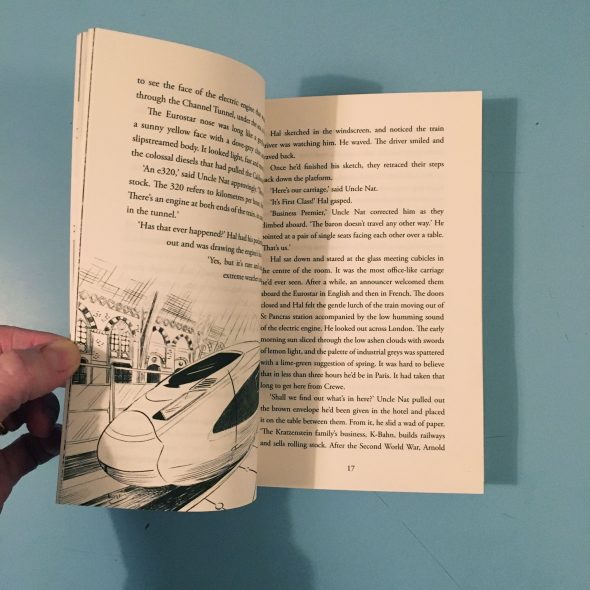 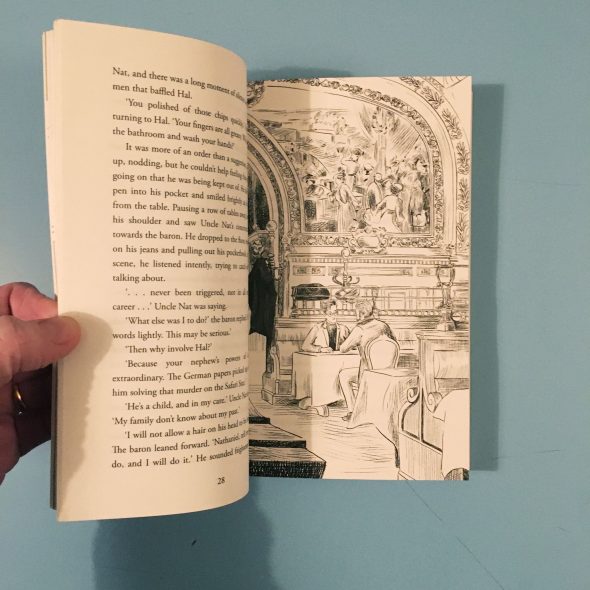