The Slightly Alarming Tale of The Whispering Wars

“The town of Spindrift is frequented by pirates, Shadow Mages and charlatans. It’s also home to the Orphanage School, where Finlay lives with Glim, Taya and Eli. Just outside town is the painfully posh Brathelthwaite Boarding School, home to Honey Bee, Hamish and Victor, Duke of Ainsley. When the two schools compete at the Spindrift Tournament, stakes are high and before long, the orphans and the boarding school are in an all-out war.”

The fantastic follow up to Bronte Mettlestone, with the competing school vs orphanage taking it in turns to each write a chapter, that is until one has more to say than the other and takes over, and then the other takes up the next two chapters because the previous person has taken up too much space. This unique set up makes the telling of the story all the more funny and engaging and a fitting second installment by the superbly talented Jaclyn Moriarty.

Each book is a stand alone story and not told in sequence, but significant characters are referenced between them. 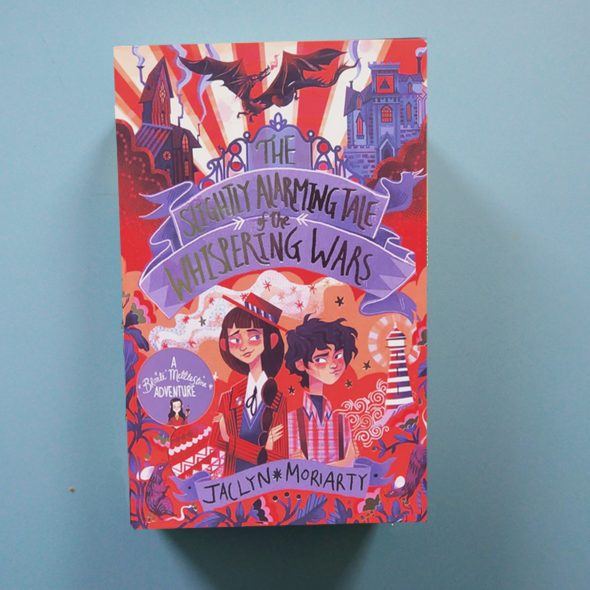