Simon Armitage has been involved in an astonishing assortment of projects, commissions, collaborations, residencies and events over the course of his writing career. The resulting poems stand outside of his mainstream publications, but now form a substantial body of work in their own right, and are collected here together for the first time.

The contents vary from single set-pieces such as ‘Zodiac T Shirt’, performed at the launch of Beck’s Song Reader, to the suite of ten poems commissioned to mark the bicentenary of Branwell Bronte’s birth. Several are site-specific, such as the Stanza Stones sequence carved into the Pennine landscape, and the world’s first catalytic poem, ‘In Praise of Air’, suspended from a building at the University of Sheffield. Others developed from collaborations with film directors and visual artists, or from large-scale literary projects such as the poet’s troubadour journeys across the UK recounted in his prose books Walking Home and Walking Away. Together they cover an eclectic array of subjects including sculpture, the environment, travel, drama, music and the media, documenting Armitage’s wide range of interests and his unique versatility as a writer.

As well as representing the nature and scale of his output, Sandettie Light Vessel Automatic demonstrates Armitage’s commitment to collaboration, his role as poet of public engagement and his belief in poetry as an act of communication. 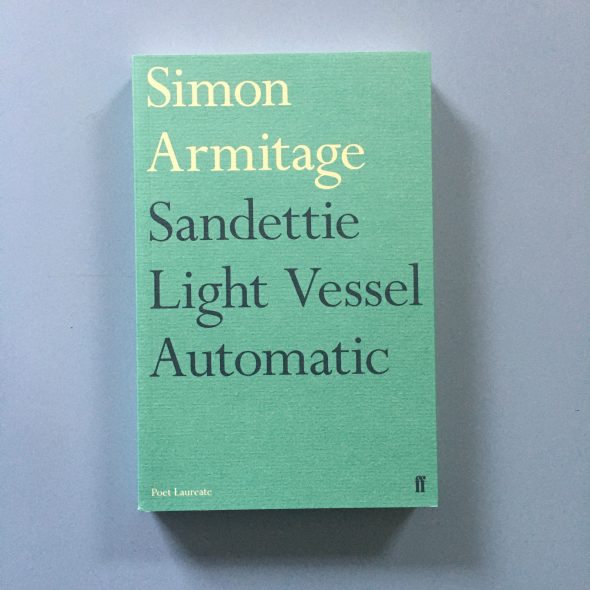