SATURDAY • 17.00 • SHIVELIGHT
Anita Sethi will read from her book talking about her complex relationship with the north of England, there will be a chance for book signing afterwards.

“I knew in every bone of my body, in every fibre of my being, that I had to report what had happened, not only for myself but to help stop anyone else having to go through what I did. I knew I could not remain silent, or still, I could not stop walking through the world.”

A journey of reclamation through the natural landscapes of the North, brilliantly exploring identity, nature, place and belonging. Beautifully written and truly inspiring, I Belong Here heralds a powerful and refreshing new voice in nature writing.

Anita Sethi was on a journey through Northern England when she became the victim of a race-hate crime. The crime was a vicious attack on her right to exist in a place on account of her race. After the event Anita experienced panic attacks and anxiety. A crushing sense of claustrophobia made her long for wide open spaces, to breathe deeply in the great outdoors. She was intent on not letting her experience stop her travelling freely and without fear.

The Pennines – known as ‘the backbone of Britain’ runs through the north and also strongly connects north with south, east with west – it’s a place of borderlands and limestone, of rivers and ‘scars’, of fells and forces. The Pennines called to Anita with a magnetic force; although a racist had told her to leave, she felt drawn to further explore the area she regards as her home, to immerse herself deeply in place.

Anita’s journey through the natural landscapes of the North is one of reclamation, a way of saying that this is her land too and she belongs in the UK as a brown woman, as much as a white man does. Her journey transforms what began as an ugly experience of hate into one offering hope and finding beauty after brutality. Anita transforms her personal experience into one of universal resonance, offering a call to action, to keep walking onwards. Every footstep taken is an act of persistence. Every word written against the rising tide of hate speech, such as this book, is an act of resistance. 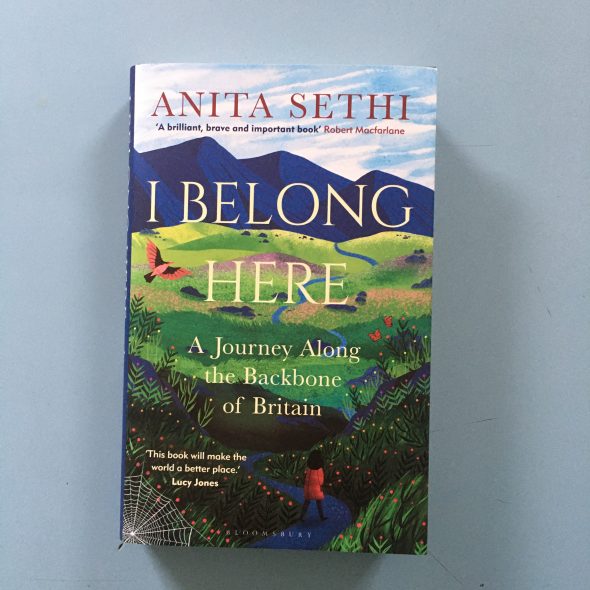