FRIDAY • 18.15 • WILDERNESS TRACKS / FIELD NOTES
Gavin Esler joins Geoff Bird to discuss his relationship with music and nature, with a chance for book signing after the event.

In the past, it was possible to live with delightful confusion: one could be English or British, Scottish or Irish, and a citizen/subject of the United Kingdom (or Great Britain). For years that state has been what Gavin Esler calls a ‘secret federation’, but without the explicit federal arrangements that allow Germany or the USA to survive.

Now the archaic state, which doesn’t have a written constitution, is coming under terrible strain. The English revolt against Europe is also a revolt against the awkward squads of the Scottish and Irish, and most English conservatives would be happy to get rid of Northern Ireland and Scotland as the price of getting Brexit done. The pressures to declare Scottish independence and to push for a border poll that would unite Ireland may become irresistible.

Can England and Wales find a way of dealing with the state’s new place in the world? What constitutional, federal arrangements might prevent the disintegration of the British state, which has survived in its present form for 400 years?

How Britain Ends is a book about history, but also about the strange, complicated identity of Britishness. 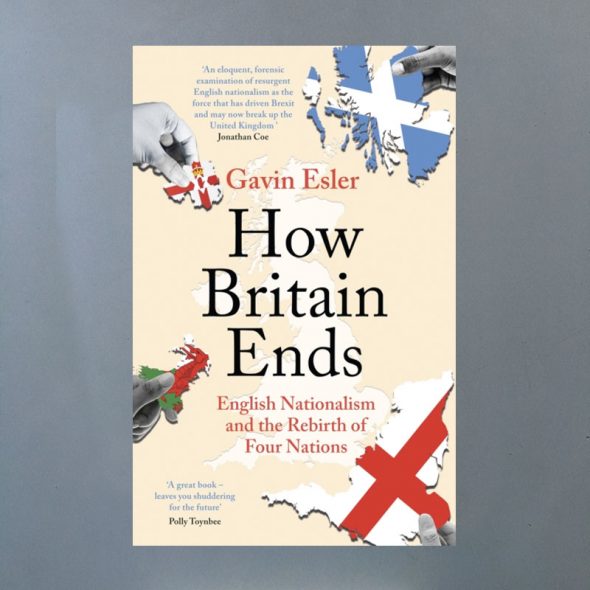