Henri lives in Reboul but he longs for Paris, join him on his journey to the big city

Henri dreams of leaving his home in Reboul and going to Paris, he has read that there are lots of parks, people and things to do there. One day he decides to pack himself some food and heads out, taking a nap along the way he decides to use a pencil to point him in the right direction when he awakes. A little bird foils his clever plan and when he awakes and reaches Paris everything is strangely similar to Reboul!

Saul Bass is considered to be one of the most important graphic designers of all time, in 1962 he collaborated with former librarian Leonore Klein to create Henri’s Walk which became a prized “out of print” collectors item, luckily for us Rizzoli had the good sense to republish this children’s classic in 2012. 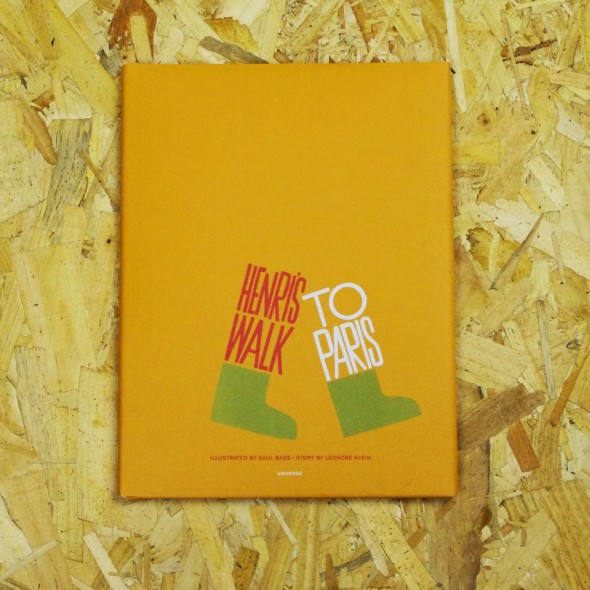 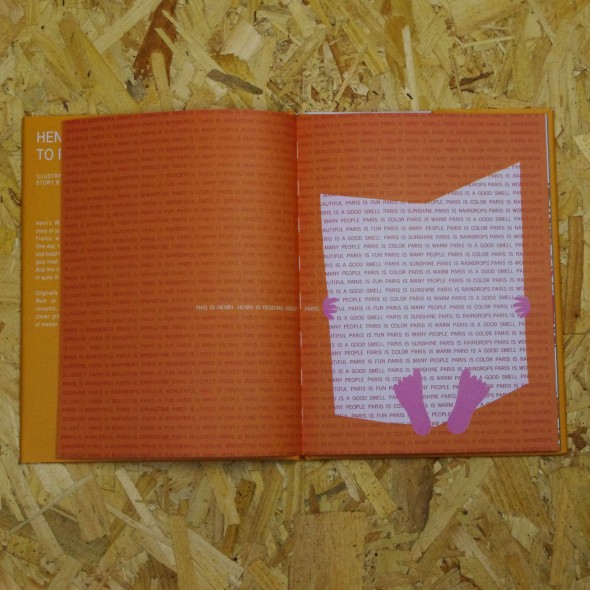 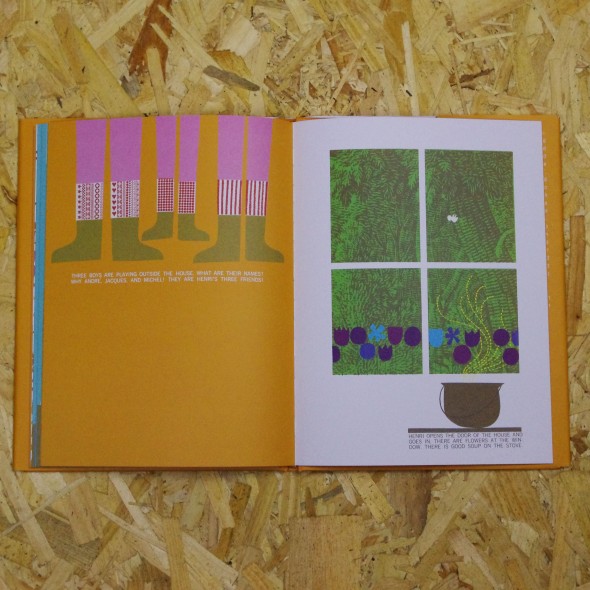 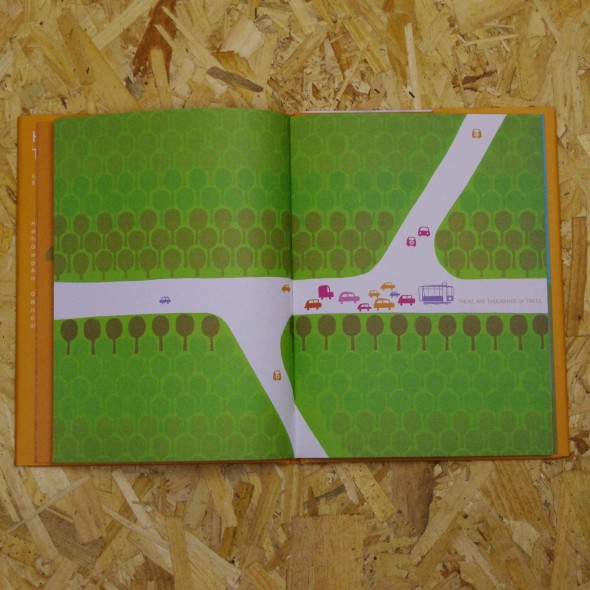 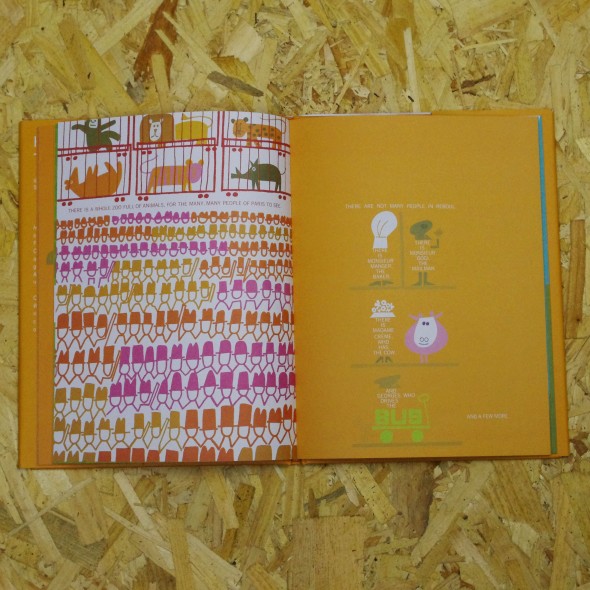 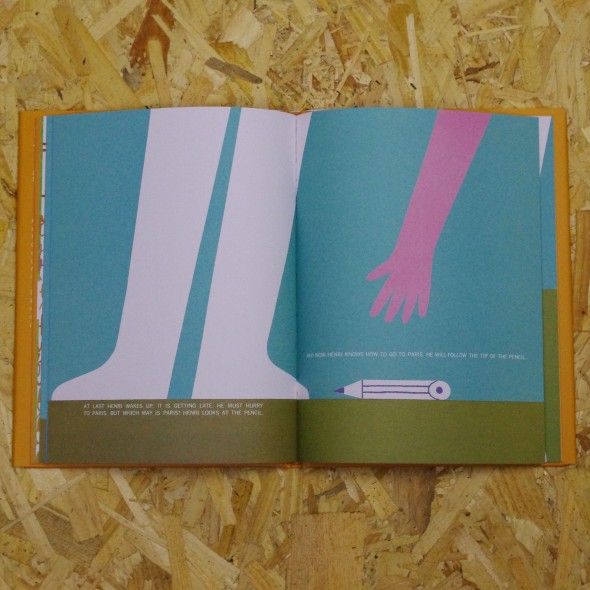 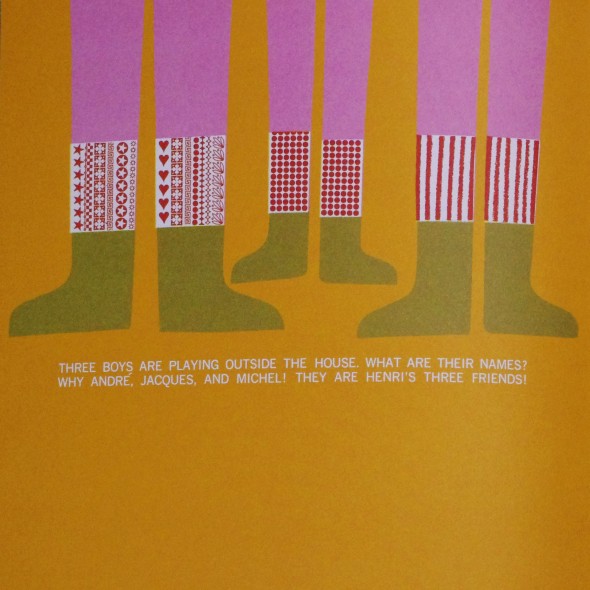 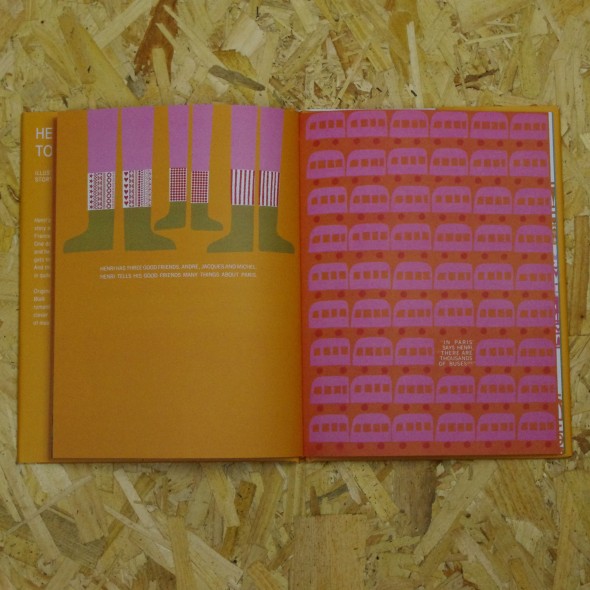